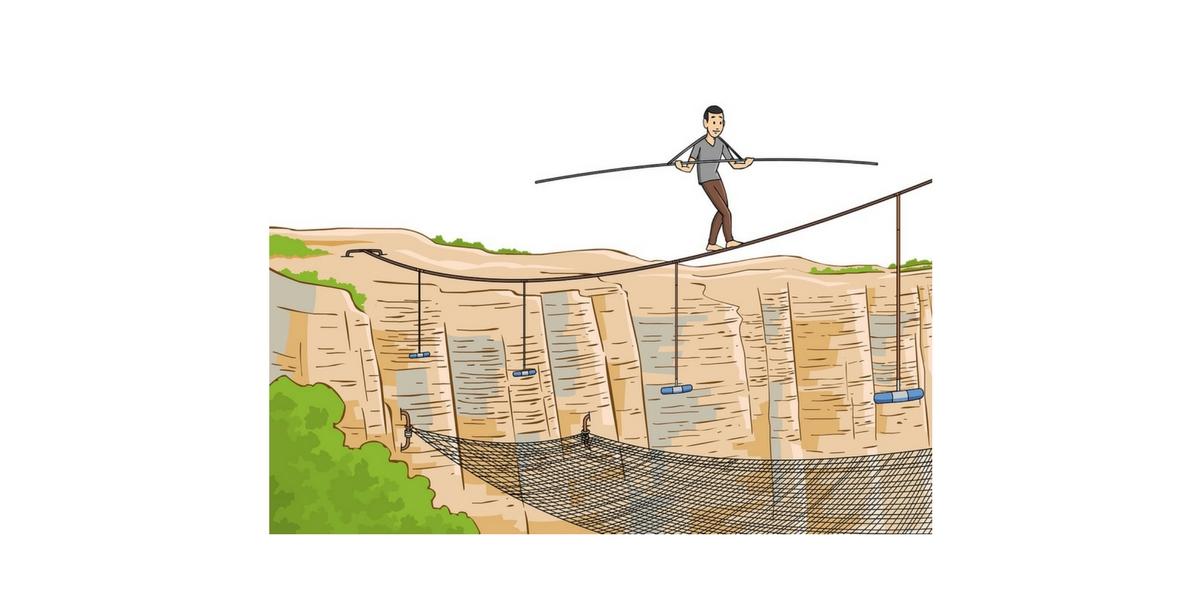 Do you feel you want (or need) a financial safety net? A safety net can take several forms. It could be cash in the bank, people you know who can support you, opportunities you keep on the shelf. It could be the couch of a friend, a trust fund, or a back-up job with a family member. It doesn’t matter if that’s your dream work as long as it can provide some much needed income.

The back-up, or safety net, can be used while you are working on your long term goals. It can allow you to take time off to figure things out, experiment with a new path, or just be in a creative or meditative space for the next level of your life.

Having a safety net is something that points to class privilege. People who are living in poverty don’t have a safety net. When they have an emergency, they usually have nowhere to turn for help.

I want you to wake up to the difference between being poor and being broke. People who are poor have the state of mind and circumstance that keeps them stuck in place. Being broke is what happens to people who’ve had a turn of events where they lost money. But they still have the frame of mind, connections, and skills to rebuild. Your safety net opens the door to your next opportunity when you are broke, but not when you are poor.

You have seen in earlier emails I talk about having been broke. So broke that I had to collect soda bottles and cans to get the refund money to buy food for my family. I knew I was not poor, and I never said to myself I was poor. I did say I was broke, and that it was a temporary struggle.

Examine the language you use when you don’t have enough money for a vacation, concert tickets or to cover payroll. Be sure you use the right terms, and if you need support in transforming your situation from being broke to becoming secure, or even wealthy. Reach out to me: That’s what I’m here for. Look at me like one of your safety nets; and you do not have to wait for an emergency to reach out.

P.S. 100% of the profits from my work are donated to charity, primarily www.ShelterToSoldier.org