You Can Trade Places! 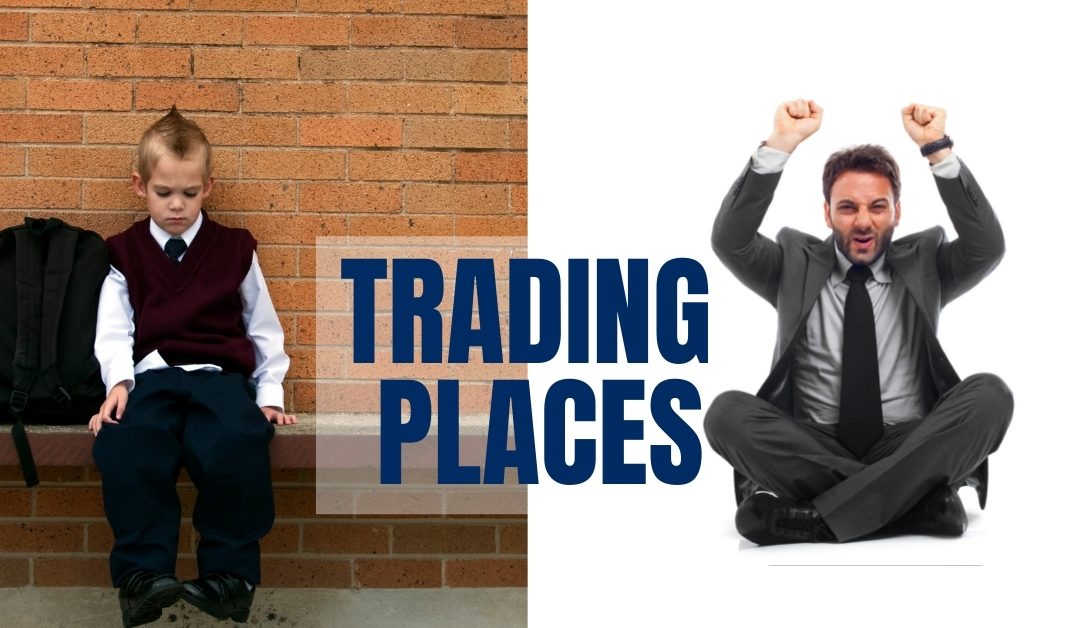 Steve was one of the top athletes in elementary school and got good grades. He and Ike would be the captains of any team, like volleyball, kickball, or softball. They would be the ones to choose who they wanted on their team.

Neither Steve nor Ike would ever pick me to be on their team. I wasn’t even picked last for any team; the teacher had to place me on a team. These memories stuck with me.

It wasn’t until junior high school that I discovered gymnastics, and I really enjoyed it. It continued through college, where we won the national championships two years in a row. And I continued to compete in senior games until my 40’s.

Twenty-five years ago another classmate of mine from elementary school, Carl, ran into some of the people we went to elementary school with and decided we should have a monthly lunch or get together.

For twenty five years many of us met monthly for lunch. Sometimes we would have 6 people; sometimes it would be 12-18 and during the pandemic, we met over Zoom. Finally in September 8 of us met in person for lunch again.

Steve and I were among the eight who met for lunch. There were four men and four women. We all spoke about the past and the present.

My dog tripped me recently while we were jogging and I have been going to physical therapy to fix an issue with my knee.

Steve has gained about 60 pounds. He’s had several back operations and needs to use a walker to get around.

I’m within 15 pounds of my weight when I stopped competing.

About 15 years ago I stopped running marathons when I had a problem with my ankle. I started to bike the 26 miles instead; you could do that in Los Angeles prior to the real race. Now my jogging is limited to three miles.

Steve’s goal is to be able to walk around the block on his own.

My goal is to be able to jog three miles again.

Steve can’t work and is struggling financially. He spoke about moving in with his sister.

I’m still working because I choose to. My wife and I speak about where in the world we might like to live someday; money is not an issue.

When I compare who Steve was in elementary school to who I was, we have completely traded places.

When you look at your life, do you see people who you admired when you were both very young?

Where are they now? Where are you now?

I meet so many people who blossomed later in life. Are you one of them?

Recognize you might have traded places with those you admired. Or you may have accomplished just as much as them. If so, acknowledge your accomplishments.