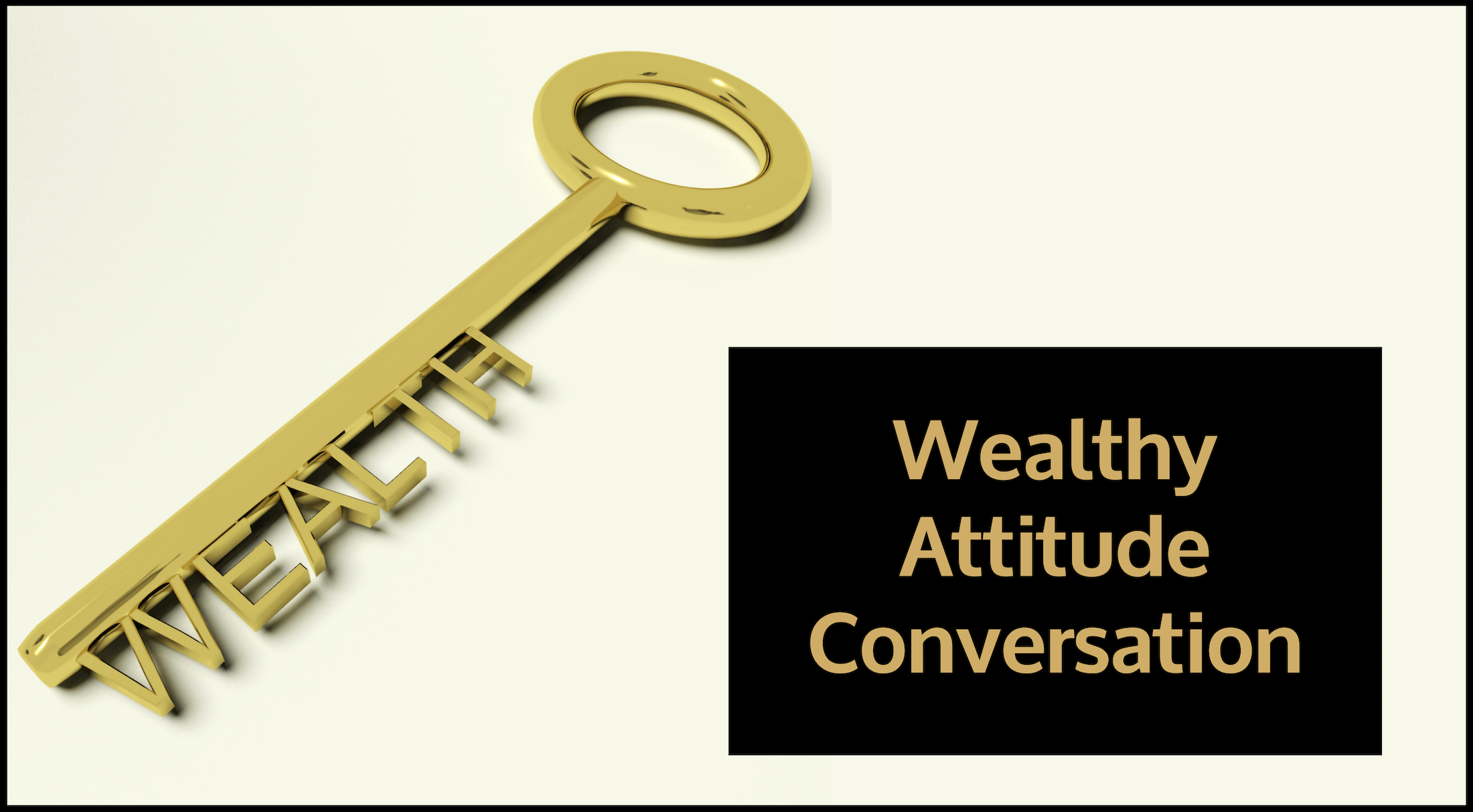 As you are know, one of the most important keys to creating wealth is the right attitude. In a series of articles we spoke about 30 different attitudes the wealthy operate by that the majority of people don’t operate by.

In this article today we will talk about a conversation I recently had with my son. It started as I spoke about my concern that the difference between business class air fare and economy to Singapore was just too much of a gap.

Business class was $6100 per ticket and Economy was $1300. My wife and I wanted to take a cruise and the difference in air fare of $4800 was twice as much as the whole cruise.

What we discussed was that our basic values don’t change as we get older. Warren Buffett has always been conservative: His annual income is about $120,000 per year and he’s lived in the same house for about 30 or 40 years.

I get free advice from my son, Ryan. He is both a Certified Financial Planner® and a Chartered Financial Analyst (CFA) and his career is based on giving advice to high net worth individuals. If you have a liquid net worth of at least $3 million, you can reach out to him for advice. He can be reached through his website: https://www.adviceperiod.com/?team=ryan-goldenhar

When my son was young I didn’t tell him we couldn’t afford something, even if that was the case. Since he had an allowance, and earned some extra money of his own, if there was something he wanted I told him to wait 24 hours and then see if it was still something he wanted. Was it really important to have that item? This way he decided if it was really something he wanted and was willing to spend the money he earned.

Now the tables have turned and he gives me advice. Regarding the air fare difference he said not to compare business class to the economy fare, but to compare it to my net worth. From that viewpoint it starts with a decimal point and several zeros.

He asked, “Will there be a change in my standard of living if I paid for business class?”

And the more important question was: Did I really want to go on this cruise?

That answer was also, “No.” My wife and I were looking for something, anything, just to get away around the holidays, and my wife doesn’t even like to take cruises. So we are going to Hawaii instead, and now I have a new way of looking at how we spend our money.

Would questions like those above work for you? Try them out and see.

P.S. To support you personally, I will be doing one of my rare, live master class presentations on August 27 with Mark Porteous. >>CLICK HERE<< to register as my guest at NO COST.

Too many coaches, authors, speakers, and heart centered entrepreneurs struggle financially, and it does not have to be that way.

In this master class you will discover:

Be sure to mark down Tuesday, August 27 at 11 AM PDT/2 PM EDT in your calendar and set a reminder on your phone. Register now.

Your financial freedom is too important to miss this Master Class.