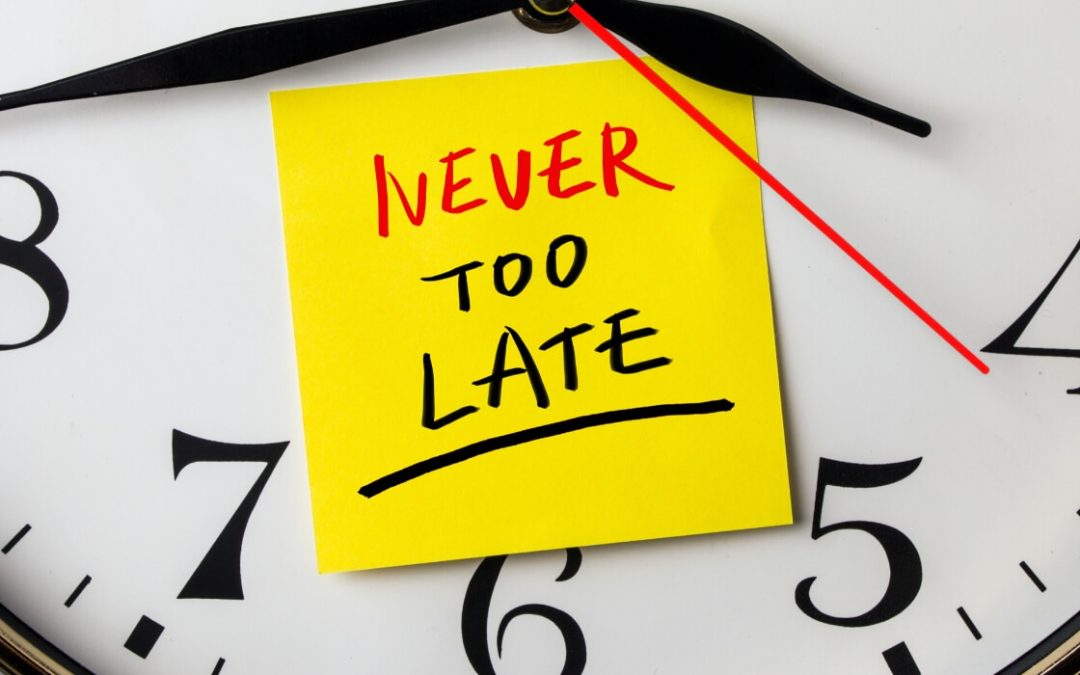 You might recall my article last week was how two of the books by Barbara Sher influenced me greatly. Over 30 years ago I was introduced to her at a live Learning Annex workshop that was attended by around 300 people. I might have even been teaching Learning Annex classes at the time. It was so long ago it’s hard to figure out.

You’ve probably heard me talk about starting over from broke at age 50, and the point is that it is never too late for anything you want to do in life unless you’ve lost your health, and what you want to do requires that. And there may be some people who would even disagree with my last comment.

The people in the paragraphs that follow didn’t hit their stride until they were also over age 50. I thought about including Susan Boyle, but she was only 47, so you can see her remarkable story on your own by just typing her name into Google.

Many people are familiar with the story of Colonel Sanders and when he founded the Kentucky Fried Chicken franchise (KFC). After hitting the road trying to get other restaurants to buy his secret recipe for making fried chicken with his 11 herbs and spices, he was 62 when he sold his first franchise.

Maybe you remember Wally Amos of the Famous Amos brand of cookies. Wally was a high school dropout and at age 39 was flying high in his cookie business. But with a lack of business skills, he was losing money on $10 million in sales. He sold out and could not even use his own name or likeness on any new products.

After more false starts by age 60, in 1996 he filed for bankruptcy. But at age 63 he was at it again and with the right team this time he has remained successful. On July 1 he will be 84.

Wealth creation is a team sport, not a solo sport. – Rennie Gabriel

Anna Mary Robertson Moses decided to become an artist at age 78. She is better known as Grandma Moses, the celebrated American folk painter.

Laura Ingalls Wilder published her first book at age 65 in 1932 with the title Little House. Her series of books were later turned into a TV show in 1974 called Little House on the Prairie and ran for 9 seasons.

And my last story is about Ray Kroc who scraped by for the first part of his life. He worked as a traveling salesman selling machines that made milkshakes when he met the McDonald brothers in 1954. Ray had a variety of jobs before selling the mixers; he was an ambulance driver, sold paper cups, did real estate sales, and sometimes played the piano in bands. He opened his first McDonalds at age 59 and by the time of his death in 1984 had a net worth of $600 million.

It’s never too late. Now, what do you want to do?