How Do You Measure Real Wealth? 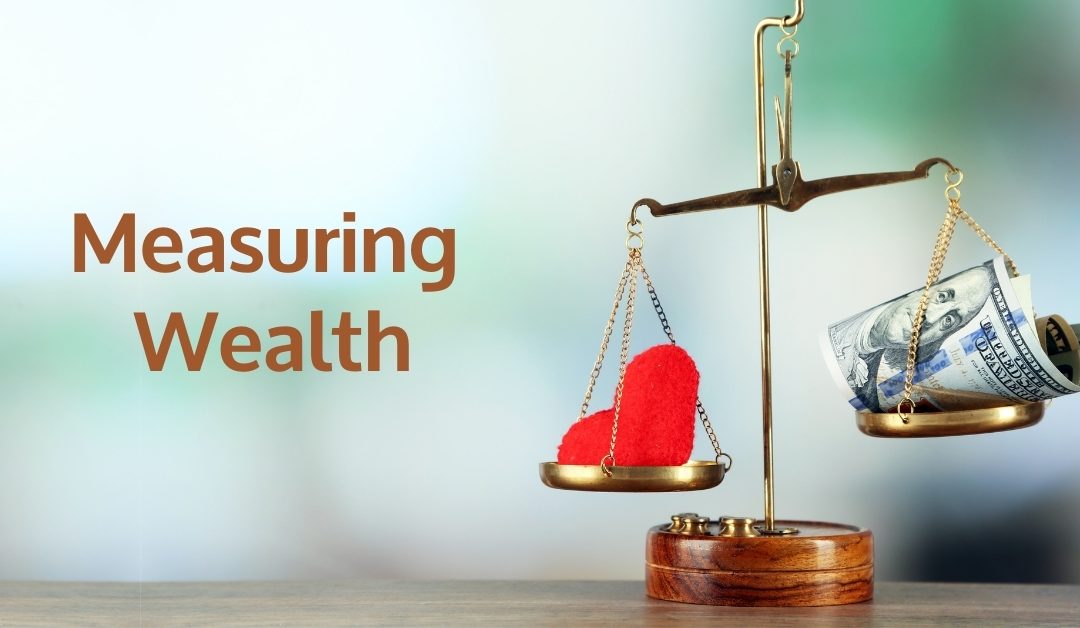 While checking out a lovely video about someone who worked hard and succeeded, it ended with the words, “Real wealth isn’t measured by what you have, but by what you are.”

This reminded me of the parent of a young woman, Alex, whom I met at a farewell dinner the evening before. It was a farewell dinner for someone we all loved who was moving back to her home in Australia the next day. The guest of honor was here in the U.S. for about four years and there were nine of us who were able to share dinner with her.

Alex and I sat next to each other and she told me about her dad. Michael. When she was little he was working during the day as a college football coach and in the off-season, he worked in a toll booth on the Pittsburgh Turnpike. They didn’t have a lot and he worked hard to support his family.

Even when he was struggling to raise his family in Pittsburgh he made donations to the school where he played basketball.

Her dad, Michael, later got a job as the head coach for the Green Bay Packers and stayed there for 12 years. In 2011 he led the team to beat his hometown Steelers in Super Bowl 45.

Now he’s the head coach for the Dallas Cowboys. I don’t follow football, so I had to look up most of this information on Google to learn about Mike. In case you don’t know it, a head coach of a major football team gets paid in the millions of dollars.

Here is the beautiful part; he made sure that written directly into his contract a portion of his income would be paid directly to various charities.

You are probably aware I donate 100% of the profits to the charity Shelter To Soldier™ for my work teaching other people how to handle money powerfully so they can become wealthy and philanthropic.

You wouldn’t know this, but for about eight years my wife was the chairperson for the local Berkshire-Hathaway Charitable Foundation in Los Angeles. We are both philanthropic.

It was difficult to contain my excitement meeting his daughter and finding out what a wonderful man her father is. You can find out more about Mike McCarthy here on Wikipedia.

Like I said in the beginning, “Real wealth isn’t measured by what you have, but by what you are,” and I am blessed to meet more and more wonderful people who share the same values.

If you would like to discover 30+ attitudes that the wealthy operate by, that ordinary people don’t, you can donate $20 to Shelter To Soldier and I will email a copy of my book, Attitudes of the Wealthy. Donate here: https://www.justgiving.com/fundraising/wealthonanyincome